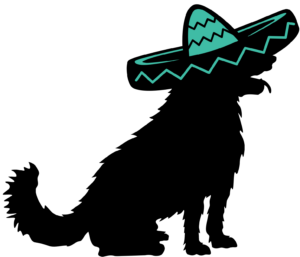 Pepe had seen a lot throughout his dog years. He had traveled the world with his best friend, Sea Dog Barney. He had clinked Tequila glasses with the rich and famous. He had whipped up Mexican-inspired cuisine for the most important canines in town. He had tipped his Sombrero at the prettiest poodles from the four corners of the world.

But still, something was missingâ€¦Â

There was one more dream that he longed to fulfill. It was true, Pepe was no longer a young pup, but should his dream die? Should he bury it like that bone in the backyard, never to be found again?
Barney could tell that something was weighing on Pepeâ€™s furry heart as they munched on nachos in their beach hut and looked out at the night sky. Best buddies can read each other.

â€œWeâ€™ve got the hand-crafted Margaritas,â€ explained Pepe. â€œWe’ve got the Mexican-inspired cuisine. Weâ€™ve even got the tequila infusions. But, what about the Cantina beers we promised the world?â€

Barney scratched his head and thought about it for some time. He wouldnâ€™t rest until he had helped his best friend to create his vision.

The next day, the two canine companions set to work. Bubbling, brewing, sipping, experimenting, and perfecting. Could it be done?

Finally, they emerged, exhausted but with a satisfied smile.

â€œWhat will we call these new beers?â€ asked Barney.
â€œEasy,â€ grinned Pepe. â€œPerro de Playa.â€
â€œPerfectâ€ beamed Barney as they stood for a while and admired their latest creations:

The two pals were quiet that night. Just two amigos clinking beer glasses and gazing out at the stars, warm sand between their paws. They were both thinking the same thing: You can, it seems, teach an old dog new tricks.